A semi-regular thing we’ll be doing here: 4 questions about something that interests us that might also interest you. This time it’s about cell phones.

What model cell phone do you currently have?

Blaine: Being the card-holding Apple cult member I am, I have the latest version of Apple’s iPhone – the iPhone 3Gs – my third iPhone in 2 years.

Chris: Sony Ericsson W580i (white if you must know).

Michael: How do I check what kind of phone I have again? Actually I have a Blackberry Storm. Can’t live without my Blackberry.

What is your favourite feature/ability/thing about that cell phone?

Blaine: It’s got to be the App Store – I have countless applications on my phone. From a camera app that stitches a panoramic photo together for me or a pixel-perfect Twitter client that helps me tweet on the go, I’ve got tons of applications that extend the functionality of my phone.

Chris: I don’t really have a specific feature that I could nail down. I think that the way it sometimes auto-dials my friends when I forget to lock it is handy. Also the way it automagically starts the world’s worst media player when I attempt to dial is super neat. Like I said, so many great features I couldn’t pick just one. (There’s a heavy dose of sarcasm contained in this response. I hope you can pick it up!)

Michael: Viigo app. Keeps me up to date with live news, sports and social networks. Doing this all in one app is pretty genius.

What is your least favourite feature/ability/thing about the phone?

Blaine: Rogers’ coverage in Saskatchewan – hands down. I’d really like to go to Humboldt and be able to make a call or send a text…. but I can’t.

Chris: My least favourite feature is also the fact that Rogers’ coverage sucks in Saskatchewan. Runner up would be the fact that I still have a year left on my contract with this phone. But I can’t really blame the phone for that, can I?

Michael: Not being able to text while I drive. The press down touch screen makes it awkward to hold in one hand and press down the letters while I’m driving.

What phone would you upgrade to if you could right now?

Blaine:That’s a really tough question for me to answer, because at the moment there isn’t a phone to upgrade to – the iPhone is currently the best mobile phone money can buy, in my opinion. Google seems to be testing a new phone called the Nexus One, which could be the next phone I buy, although that title changes monthly.

Chris: Without question, I’d upgrade to an iPhone 3Gs. I’ve got a 1st generation iPod touch so I know I love the interface and apps/app store – just bidding my time. If I wait long enough, maybe Apple will come out with a iPhone 3Gs2!

Michael: Not sure. I hear the iPhone is pretty cool and the Blackberry Tour is pretty nice, but I haven’t used either of them so I don’t know if I’d like them or not.

Want to play along?

We’d love to hear your thoughts. Disagree with Blaine’s assessment of the iPhone being the best mobile? Agree that Michael should dump his Blackberry for an iPhone? Think that I should learn to appreciate the auto-dialing nature of my mobile? Leave a comment or send me an email with your answers to 4 Questions Related To: Cell Phones. 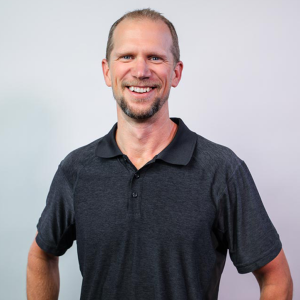 Mike is the fearless leader at Yas, and when he finds the time, he writes blogs posts like this to help teach people some of the wonders of the web.
Subscribe
0 Comments
Inline Feedbacks
View all comments

Get 50% of Your Website Paid For – Strong Recovery Adaptation Rebate The Saskatchewan government is helping businesses just like yours adjust to these changing times. They’re doing this by providing funding to cover up to 50% of business expenses needed to adapt to stay sustainable. Grant […] We had so much fun sharing our clients’ businesses with you last year that we decided to come back with a vengeance! Here are the rules for our 12 Days of Christmas Giveaway event! Tell […]